Motherhood and the time to prepare for this period of a woman’s life is a series of beautiful moments. But it is also fair to say that in these moments there is room for worry and quite serious concerns for the life of the baby and the expectant mother herself. About what will bring 5 weeks of pregnancy, we will talk further.

Fifth week of pregnancy: development of your baby The future baby at this stage already has a lot in common with the human figure, but it is still very small. If we talk about the state of the embryo (it is from this period that the embryo is referred to as such) in more detail, the following can be noted:

Embryo size in the fifth week of pregnancy

Although the embryo has many features that make it look human, its size is quite small. The embryo rarely exceeds 1 centimeter in height and weighs no more than 1.2 grams, so visually it is no larger than a berry.

It is also worth noting that the body proportions of the embryo are not correct either. For example, the neck looks small and short compared to the head. Looking ahead, such discrepancies should not be considered an anomaly or pathology – the embryo does not stop its development for a second, and these processes take place alternately and very quickly.

What happens to a mom’s body during the fifth week of pregnancy? The 5th week of pregnancy from conception is not such a significant period that a dramatic change with the body of the expectant mother could be noticed by others. You (if you are pregnant) can gaze at your reflection in the mirror for a long time to see a rounded belly, but it is unlikely to be at this stage.

The only striking change will be an increase in breast size. The process of preparing the mammary glands for the lactation period may occur rather quickly, and it will be noticeable by the rapid need to buy a larger bra. But it is worth noting that some swelling in the abdomen area can still be noted – this is due to active changes with the uterine body, which is preparing to carry the baby.

More active changes take place inside a woman. Changes in the structure and size of the uterus are only a small part of the metamorphosis associated with pregnancy. All systems of the woman’s body are now working to provide maximum protection for the nascent life inside. Because of the restructuring in the body of an expectant mother, the sensations during the fifth week of pregnancy are often unstable, strange and even frightening. So you know what you have to deal with, read the list of sensations that may visit you at this time:

Fifth week of pregnancy: what should I pay attention to? Symptoms of the fifth week of pregnancy should already set a woman up for the fact that she will become a mother in the not-so-distant future. However, already at this point she should understand the responsibility that rests on her. That is why a woman should clearly record all the sensations that arise in her.

Mild pain, discomfort, and nausea are considered the norm in obstetrics. Most often, there is no need to “sound the alarm” in the presence of such symptoms. However, if you go beyond the “normal” line, you should take adequate and prompt precautionary measures, i.e. immediately contact your doctor.

A dangerous signal is a sharp pain in the lower abdomen, similar to spasms (often compared to contractions), which is felt for an hour and a half and recurs in cycles. Such symptoms may indicate the threat of early miscarriage. In the presence of such painful sensations should immediately go to the hospital, and better call an ambulance.

Particularly sensitive to their health, women carefully monitor the condition and the amount of vaginal discharge – pregnant women are no exception. By the way, during this period, it is especially important to notice such “little things”. Normal discharge should be without a clearly detectable unpleasant odor and should not have an obvious color (a light yellow or beige shade is allowed), and their consistency should be mucous. If there is the slightest deviation from this norm or your own suspicions, you should consult a gynecologist.

Fifth week of pregnancy: what should you discuss with your doctor? Women who have a clear understanding of their situation do not always seek to get registered early in pregnancy, considering it unnecessary. Especially those who do not feel any physical discomfort often do so. But we want to change your mind in this decision, because at least talk to a doctor (gynecologist or obstetrician) is very useful.

If you do decide to visit a doctor for a consultation or even to get registered, it is worth knowing in advance what you should ask the specialist about. We will make this job easier for you by suggesting that you ask the doctor about the following: In some cases, the 5th week of pregnancy may seem like an ordinary day, but some women may be in a special physical and/or psychological state. To make this period go smoothly, we recommend using some useful tips.

First, don’t obsess about your situation – it will help you not to look for problems where there are none. If you register the presence of minor ailments, occasional lower abdominal pain or the like, but do not focus your attention on them 100%, pregnancy will not be associated with stress for you.

Secondly, at this stage, your diet should already be reviewed and, if necessary, rebuilt. Categorically exclude alcohol, carbonated drinks, spicy, smoked and other harmful foods. Try to eat what you like and does not cause nausea. Be sure to include in your diet dairy products, vegetables, fruits, meat and other healthy foods.

Third, make it a habit to walk for at least an hour outdoors. Walking will help to saturate your body with oxygen, and through connection with the embryo, then the developing body of the future baby.

And don’t forget about psychological health, as this is also very important for you and your baby. If you have problems (as you think) you should not shut yourself off, on the contrary, talk to your loved one, friends and relatives. And if you have serious psychological problems, do not delay in going to a psychoanalyst.

Pregnancy is an amazing condition that can cause many fears for women. Even more questions arise, especially for women who are preparing to become a mother for the first time and experience all the delights (literally and figuratively) of this state.

We will try to answer some of the questions that often arise among expectant mothers. However, it is worth remembering that a consultation with your doctor or a specialist is not at all superfluous.

What happens to a woman in her 5th week of pregnancy?

There is no clear answer to this question, because the feelings of a pregnant woman (especially in such an early stage) largely depend on her physical health, age, presence of chronic diseases and the like. But there are a lot of processes going on in the body – hormonal restructuring, changes inside the body (placenta formation, etc.) and the psyche is also being restructured.

How big should a fetal egg be at 5 weeks?

At this stage, the so-called “fetal egg” is recognized as an embryo. The size of the embryo reaches about 10 mm, but it develops quickly due to the continuous process of cell division.

Where is the embryo at 5 weeks of pregnancy?

Until the placenta is 100% formed, the fetus is in a sheath that protects it and also serves as a source of nutrition. The fetal egg (embryo) itself is in the posterior wall of the uterus and there is an umbilical cord that has already begun to form.

What can be seen on an ultrasound in the 5th week of pregnancy?

An ultrasound in the fifth week of pregnancy will help establish the following:

How should I feel in the 5th week of pregnancy?

At this stage the pregnant woman is accompanied by a slight lower back pain, possible dizziness, pressure on the rectum and rapid fatigue. Soreness in the breasts (because the mammary glands are preparing for lactation) and nausea in the morning usually persist. 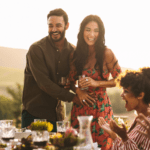 The 4th week of pregnancy: what happens to the baby?
Next Article 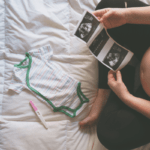 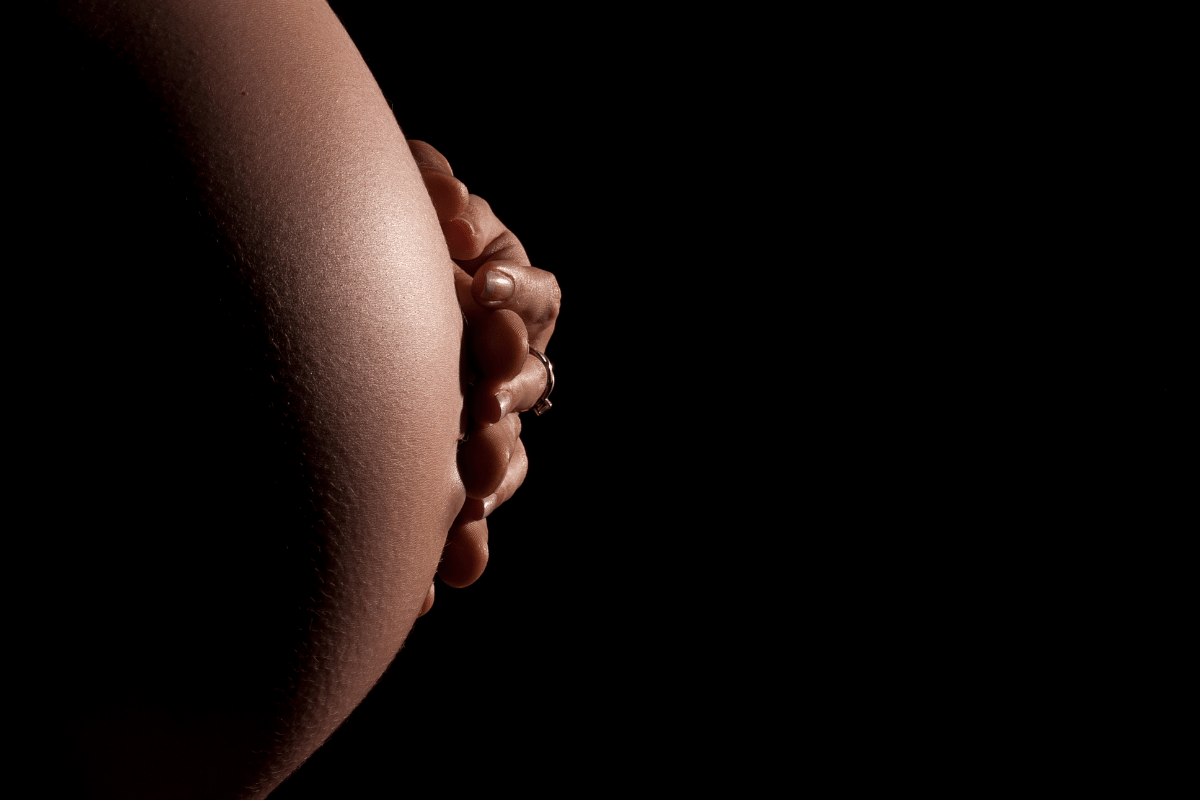 31 weeks of pregnancy: ultrasound of the fetus, photos of the abdomen, what happens to the mother and baby

1 week of pregnancy: the first signs after conception, feelings, symptoms, what happens to the fetus, ultrasound

The 4th week of pregnancy: what happens to the baby?