Pregnancy is an amazing state for a woman. But it is also true to say that for the body and psyche this state turns out to be a significant test and strain. However, all this is easier to survive if you have some knowledge. That’s why we want to tell you as much information as possible about each important period, and right now you will find out what the 12 weeks of pregnancy bring.

Twelfth week of pregnancy: how the baby is developing

At the 12th week of pregnancy, the first trimester is complete, indicating that almost all of the vital systems and organs in the fetal body have been formed. The baby is in an active growth phase, but the potentially dangerous period is almost over.

Although the genitals (internal and external) are already formed, the doctor will not be able to determine it exactly. However, there are a lot of signs that you can trust, but all this can be taken as a kind of entertainment. But if we talk seriously, the following can be noted about the development of the fetus at this term:

As a workout, the baby is constantly moving – stretching, clenching his or her fists, wiggling his or her feet. Also, the hands begin to explore the face, but these movements are not yet conscious. The recently discovered sucking reflex is actively trained. It is also worth noting that the intestines begin to learn how to digest properly, and do so in the form of periodic contractions.

Fetal size at 12 weeks of pregnancy

The baby at 12 weeks of pregnancy has an average height of up to 12 centimeters, with a body length from coccyx to vertex of about 63-89 millimeters. Weight can be up to 50 grams, but figures may vary because much depends on heredity and a host of other factors.

What happens to a mom’s body during the 12th week of pregnancy?

The 12th week of pregnancy is the final stage of the first trimester. As a rule, a woman’s body is already used to the processes going on in it, so it does not react as “loudly” as it did at the beginning. For every pregnant woman (in most cases) during this week toxicosis reminds you of itself very, very rarely, which allows you to eat normally and to exist in general.

There is much less body aches and pains, although some pulling sensations in the lower abdomen remain. The muscles in the pelvis are still stretching, in preparation for a longer period of pregnancy.

Regarding the appearance of the body of a pregnant woman, there have been no striking changes so far, except for the following:

It’s nice that at this stage, a pregnant woman’s emotions level off a bit. As a rule, there are no bright bursts of activity, which are replaced by complete confusion. Moods become more stable and sleep becomes more restful. This can be explained by the fact that the body reacts more calmly to the processes associated with the growth and development of the fetus.

Twelfth week of pregnancy: what to watch out for

Pregnancy 12 weeks is still a dangerous period in which all the nuances and moments are important. The expectant mother must be very attentive to her health, because the health of the unborn child depends on it.

We are not going to talk now about the fact that a woman should be careful about what and when, and most importantly how much she eats – this is understandable. Apart from the question of food, there are a host of things to consider, viz:

Sexual activity is another important issue for pregnant women. At this stage there is often a sharp increase in sexual desire, but this can also be observed in the first days of pregnancy.

An increased desire for your partner is normal, as is the satisfaction of your own desire. Regarding the safety of sexual intercourse for the course of pregnancy, there is no need to worry if there have been no problems before.

You should also monitor your weight carefully. After the “toxicosis attacks” a pregnant woman may have lost some weight, which is considered normal. It is quite normal if appetite returned after that and a gradual weight gain began. However, sudden jumps in these figures should not be considered normal, and it is necessary to adjust your digestive habits and count the calories consumed. But you should not worry about the pounds you have gained – if you stay active, then the excess after childbirth will be gone very quickly and you will regain your normal weight.

Twelfth week of pregnancy: what to discuss with your doctor

Surely you would not ask your doctor a question – for example, 12 weeks of pregnancy is how many months? There are a lot of things that need to be discussed with a specialist. If you have already seen a doctor, you probably remember that it is the doctor who asks the pregnant woman the most questions. But you should not be shy, especially if you have doubts or concerns.

The first thing to ask is what are the risks for pregnancy at this term. It is important to know in advance all the dangerous symptoms and preconditions, so that you can take the necessary measures afterwards. You should know exactly in which situations you need to consult a doctor or call an ambulance.

As for reasons for a doctor’s consultation, it is worth noting a sharp deterioration in your condition. For example, toxicosis became more intolerable or acute abdominal pain appeared. It is also necessary to take measures, if the symptoms of influenza or acute respiratory viral infections were detected, because it is not desirable for pregnant women to get sick at all.

If you have an appointment, find out what vitamins and supplements you need to take at this stage. As a rule, you should already be taking folic acid and some vitamin complexes. You should also discuss this topic with your doctor if you experience allergic reactions and side effects while taking supplements.

The 12th week of pregnancy: tips

It is very important that the 12th week of pregnancy went as smoothly as possible and without excessive physical activity, because it can harm the life and normal development of the baby. However, there is nothing wrong with moderate exercise, for example:

Sufficient attention should be paid to rest, because at this age the expectant mother may still experience occasional discomfort, fatigue, and similar feelings. Rest should be considered not only lying in bed, but also a pleasant pastime – for example, watching your favorite movies, reading a book in the evening and so on. If necessary, you can indulge in relaxation in the bathroom, but remember that the water should be comfortable, but not hot.

Important tip – if an ultrasound scan at 12 weeks of pregnancy is still not done, you should pay attention to this. As a rule, by this date, you should already be registered and undergo all the necessary examinations by doctors, as well as take tests. It is recommended to visit a dentist at least once for a comprehensive examination.

Do not forget that during the whole period of pregnancy it is important to monitor your own diet. It is incredibly important for you to protect yourself from the risk of poisoning, because all threats to your health mean a huge risk for your baby. Remember that you should have more fruits and vegetables in your diet than heavy foods. However, meat and fish should also definitely be present.

Obviously rounded tummy at this term can not be, but to think about updating the closet is worth it. You can bring discomfort tight and too tight things, and underwear. You should buy some versatile items – for example, spacious pants with an elastic band, long tunics and the like. Choose your underwear carefully, especially bras, because your breasts are still incredibly sensitive.

Can I feel fetal movements at 12 weeks?

The baby is already actively moving inside the mother’s belly, but its size is not so significant that it is perceptible to the woman. You will be able to see these movements on the ultrasound monitor.

How does my abdomen feel at 12 weeks of pregnancy?

In the abdomen in 12 weeks of pregnancy there is a constant change of sensations, as the baby is actively moving and the muscles inside the mother’s womb are stretching. It is quite normal if you feel a tugging pain in your lower abdomen, but it is worth seeing your doctor if there are sharp deviations.

Where is the uterus at 12 weeks of pregnancy?

Due to the increase in size, the uterus continues to change its position. The direction of its movement is from the bottom of the pubis toward the middle of the abdomen (navel). At this stage, the uterus is 5-6 centimeters above the pubic line.

What does an ultrasound scan at 12 weeks of pregnancy show?

Much depends on the quality of the ultrasound machine and the position of the baby. However, you can already see clear outlines of the calf, limbs, and you can even see how the fetus is moving.

What does the baby look like at 12 weeks of pregnancy?

The fetus is 63-89 millimeters in size and can weigh up to 50 grams. Externally, it already looks very much like a little man, that is, facial features are distinguishable, fingers and limbs are elongated. The proportions are still uneven, but the changes are continuing. 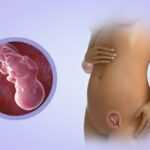 Week 11 of pregnancy
Next Article 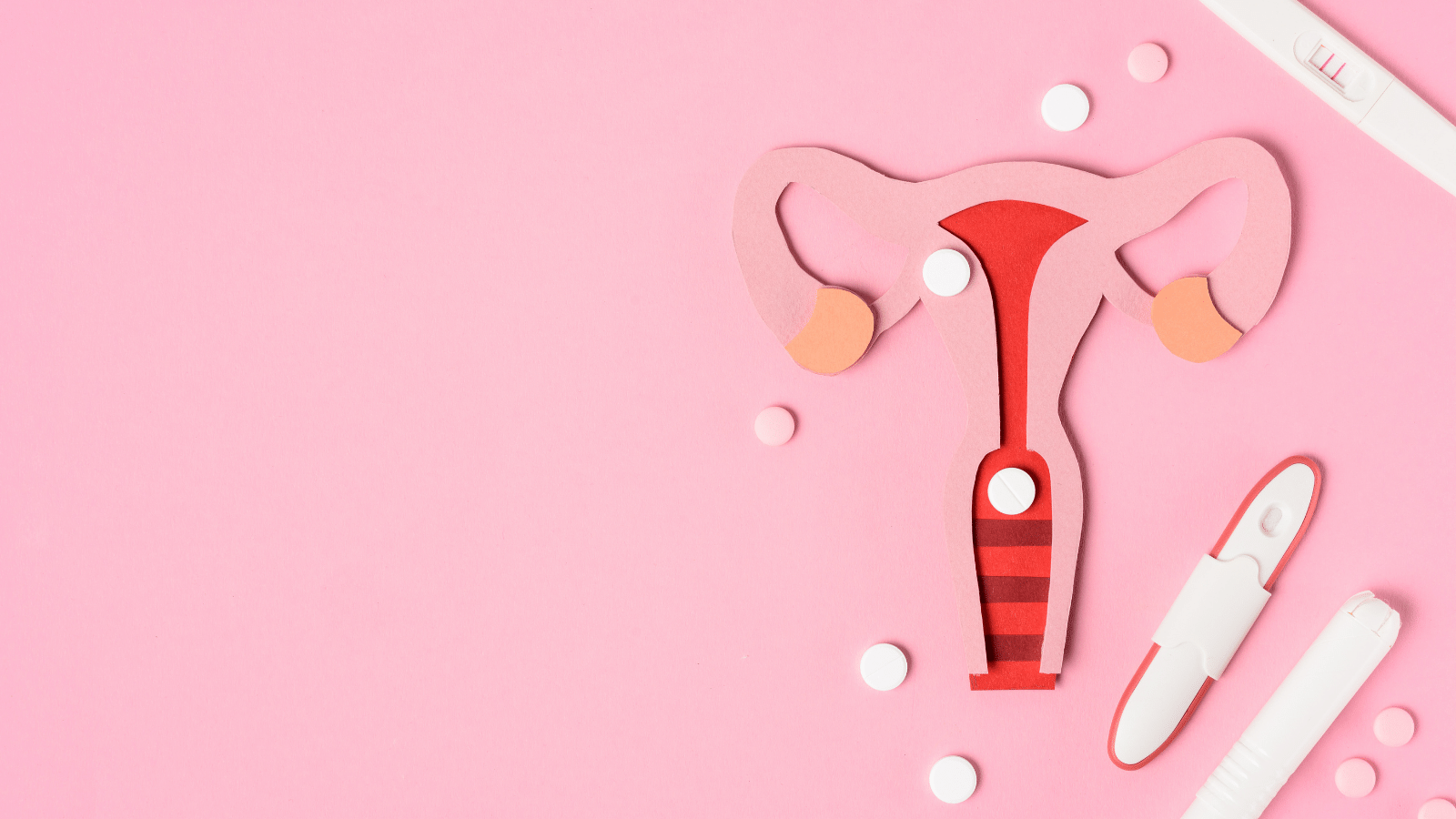 1 week of pregnancy: the first signs after conception, feelings, symptoms, what happens to the fetus, ultrasound

21 weeks of pregnancy: ultrasound of the fetus, photos of the abdomen, what happens to the mother and baby

10th month of pregnancyPregnancy
The 39th week of pregnancy: what happens in a woman’s body, the first harbingers of labor
Manzula 07.05.2022 59 Views

10th month of pregnancyPregnancy
38 weeks of pregnancy: ultrasound of the fetus, photos of the abdomen, what happens to the mother and baby
Manzula 06.05.2022 61 Views

10th month of pregnancyPregnancy
37 weeks of pregnancy: ultrasound of the fetus, photos of the abdomen, what happens to the mother and baby
Manzula 05.05.2022 61 Views