Have you already experienced the full extent of your own interesting condition? You will probably give a positive answer, because by the 16th week of pregnancy you have had time to experience amazing changes in your appearance and mind. But even greater miracles have occurred and are happening inside you – about this and much more is worth talking about in more detail.

The 16th week of pregnancy: how the baby is developing There are no radical changes with the baby at 16 weeks of pregnancy in terms of appearance, but there are some changes:

So far, fetal activity is quite low, which is considered quite normal, since most of the fetus is supposed to spend at rest. Gradually, activity will increase. Heart rhythms also become more frequent – the number of beats is 140-160 times per minute. By the way, during this period, blood circulation becomes placental.

Fetal size in the 16th week of pregnancy

The baby in the 16th week of pregnancy is already quite large, to quite clearly make itself known. Its height is about 20-21 centimeters and its weight is about 200 grams. The gradual growth of the fetus provokes its active movement and movement. Your baby will still be growing and its proportions will change slightly, approaching infant norms. In the meantime, the fetus is washing its thin arms and legs, exploring the space of the mother’s womb.

Many women complain about unpleasant abdominal sensations in the 16th week of pregnancy – this could be a consequence of the increasing pressure of the uterus on the intra-abdominal organs. There is nothing wrong with this, but you should change your diet slightly, eliminating products that cause bloating or digestive problems. Continuing the topic of digestion, it is worth noting possible constipation or diarrhea. For normal functioning of the digestive system, you should eat a proper diet – these are cereals, fiber, dairy products. Remember, you are eating not only for yourself, but also for the health of the unborn child.

You may increase vaginal discharge at 16 weeks of pregnancy – this is quite normal. An abundance of mucus in the genitals is necessary to protect the body of a pregnant woman from various infections and exposure to bacteria that are sexually transmitted. In this regard, intimate hygiene should be particularly careful.

Ultrasound at 16 weeks of pregnancy

The need to do an ultrasound in the 16th week of pregnancy can be explained by the fact that the specialist needs to establish the thickness of the placenta. Other points – determining the sex of the baby, the presence of abnormalities and so on – are considered incidental, especially when ultrasounds were performed earlier.

What happens to the mother’s body in the 16th week of pregnancy?

If you want to know what the abdomen looks like in the 16th week of pregnancy, the answer is simple – it looks so that pregnancy in most cases cannot be hidden. Due to hormones and the active growth of the fetus, the belly becomes more rounded, which is emphasized by the pelvis that has gone forward. By the way, due to changes in the position of the pelvic bones, the gait of the pregnant woman changes, which is often compared to a duck.

Many people may have such an unpleasant symptom as bleeding gums. This can be handled quite simply by replacing your regular toothbrush with a softer one. If you brush twice a day, replace one of the procedures with a rinse or floss. You can also try folk remedies, such as rinsing your mouth with decoction of oak bark. Breasts continue to enlarge, as evidenced by stretch marks on the skin and the need to regularly change the bra to a larger model. As a rule, there is no pain and discomfort during this process, which cannot but make the expectant mother happy.

Women who are prone to skin pigmentation notice that freckles and pigment spots have become more visible. It is not harmful as such, but it is worth taking some precautions. If your pregnancy fell in a period of high solar activity and you spend a lot of time in the sun, it is worth to use a sunscreen.

The 16th week of your pregnancy: What to look out for

At 16 weeks of pregnancy, you should carefully monitor your health. In particular, do not lose sight of even such a, as it seems, little things as vaginal discharge. Normal discharge should be abundant and transparent, and do not have a pronounced bad smell. If you find deviations from this norm, you should consult a doctor, because abnormal discharge may indicate problems with the genitourinary system. An enlarged and repositioned uterus in the 16th week of pregnancy may cause some pain in the lower abdomen. However, pain that is intermittent and severe in the lateral parts of the abdomen is not considered normal, but indicates your physical overload. The fact is that the ligaments of the abdomen and those that support the uterus are stretched at this point – this is what causes the discomfort. However, with some rules and moderation of physical activity, there will be no pain in the sides.

At this stage, you cannot avoid some emotional problems. You may notice that you have problems concentrating on your home or professional duties – this is quite normal for most pregnant women. Coping with these problems will be quite easy if you make a small effort of will.

If you were not happy about your situation, as a rule, this has changed by the 16th week of pregnancy – the stirring is the reason for this. You probably felt the joy of the fact that a new life is developing inside you and you are directly involved in it.

The 16th week of pregnancy: what you need to discuss with your doctor Every mother is happy to feel her baby’s movements inside her, but this is not considered typical at this stage of pregnancy. If your baby is more active during most of the day, you should ask your doctor if this is considered normal. As a rule, the answer of a specialist will not be unambiguous, because high activity of the baby at such an early stage is not typical. Such a problem may indicate a lack of vitamins and oxygen, which is very harmful to the baby. At the 16th week of pregnancy the question of sexual intercourse may arise between partners, that is, to have sex or not – this question should also be addressed to the doctor. You should not be shy about such a topic for consultation. A specialist will confirm that in the absence of a threat of miscarriage and a number of other restrictions, having sex is not prohibited at any stage of pregnancy.

Should I get a flu shot during pregnancy – this question can also be asked by the doctor who is in charge of your pregnancy. If your period of pregnancy coincides with the flu and cold season, it is very reasonable to get a flu vaccination. The vaccination will not harm the baby in your womb, there is no danger for you either.

The 16th week of pregnancy: tips

At 16 weeks of pregnancy, the stirrings have brought you some peace of mind, regarding the normal development of the baby inside you. When you have peace of mind, it is time to take up a very important task – to study the legal aspects of your future maternity leave. Many women also prefer to research the issue of daycare in advance. Another important point is the redesign and renovation of the apartment while waiting for the baby. You should take care in advance about furnishing a corner or room for the baby. It may be worth evaluating the range of furniture and wallpaper to create the coziest environment possible.

While you are not busy preparing for the birth, you should pay attention to two other aspects – your own body and the future upbringing of the child. If you want to remain as attractive to your partner, it is worth paying attention to useful procedures – such as stretch mark wraps, gymnastics or nourishing face/body masks. As for the second aspect, which relates directly to the realization of you as a parent, it is worth paying attention to the following:

Week 16 of pregnancy: Questions and answers Where is the uterus at 16 weeks of pregnancy?

As pregnancy progresses, the uterus not only increases in size, but also changes its position, getting closer to the navel line. At this stage, the uterus (the bottom, that is, its upper part) is about 18 centimeters from the level of the pubic bone.

What is the size of the abdomen at 16 weeks of pregnancy?

The active growth of the fetus and uterus changes the shape and size of a pregnant woman’s abdomen. By this term, as a rule, the rounding becomes quite noticeable, which is still closer to the bottom of the abdomen. If a woman is obese, the rounded shape is more noticeable.

What are the sensations in the abdomen at 16 weeks of pregnancy?

A pregnant woman at this term may feel some pressure on the intra-abdominal organs, which in most cases is not accompanied by discomfort or pain. Also, very often at this stage a woman can feel the movements of her baby, which can not help but rejoice.

What does the baby look like at 16 weeks of pregnancy?

Externally, the body proportions of the fetus are still far from what it will have at birth, that is, infant proportions. Facial features are already almost fully formed, but changes will still occur.

The 16th week of pregnancy is how many months?

The 16th week marked on the calendar of your interesting situation indicates that the fourth month of pregnancy is still going on. This term is still part of the second trimester.

Is it possible to determine the sex of the baby at 16 weeks of pregnancy?

When performing an ultrasound 16 weeks of pregnancy, it is quite realistic to establish the sex of the baby. However, quite often the fetus hides, that is, takes a position in which determining the sex becomes very problematic. 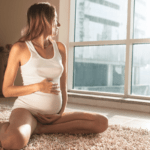 15th week of pregnancy
Next Article 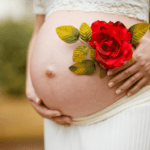 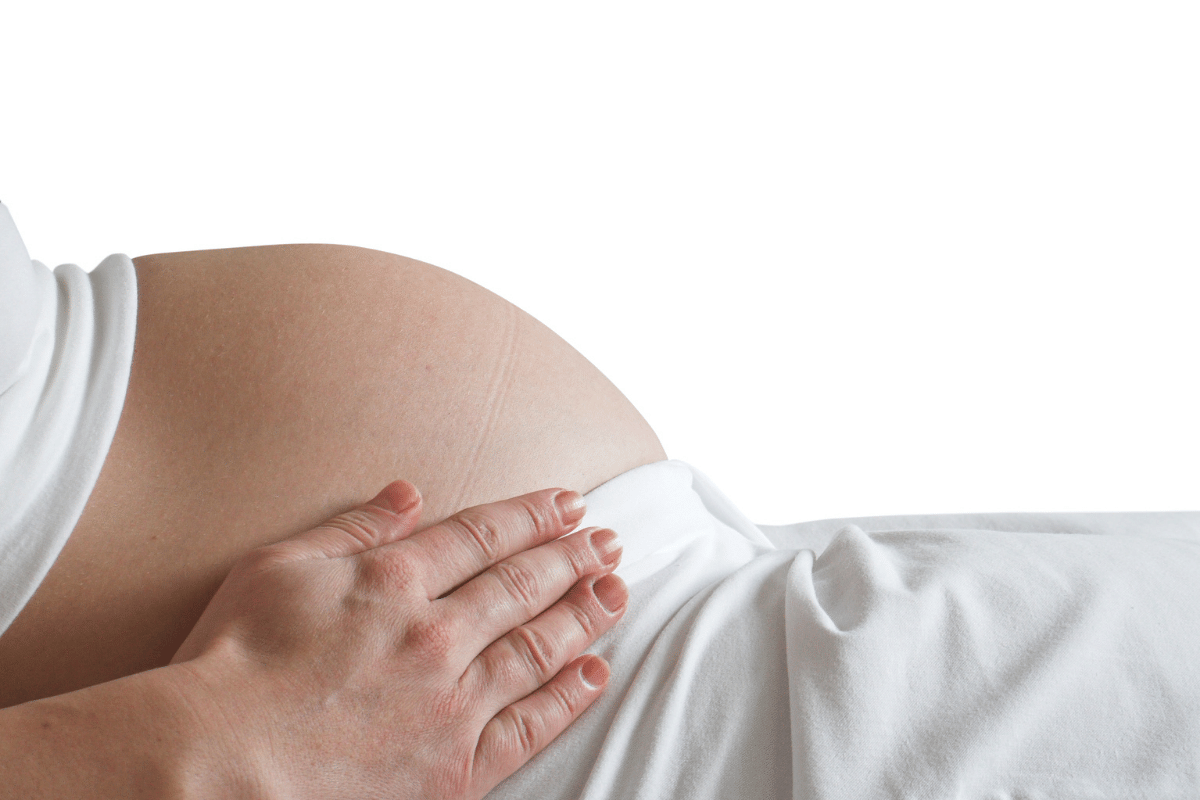 21 weeks of pregnancy: ultrasound of the fetus, photos of the abdomen, what happens to the mother and baby

10th month of pregnancyPregnancy
The 39th week of pregnancy: what happens in a woman’s body, the first harbingers of labor
Manzula 07.05.2022 59 Views

10th month of pregnancyPregnancy
38 weeks of pregnancy: ultrasound of the fetus, photos of the abdomen, what happens to the mother and baby
Manzula 06.05.2022 61 Views